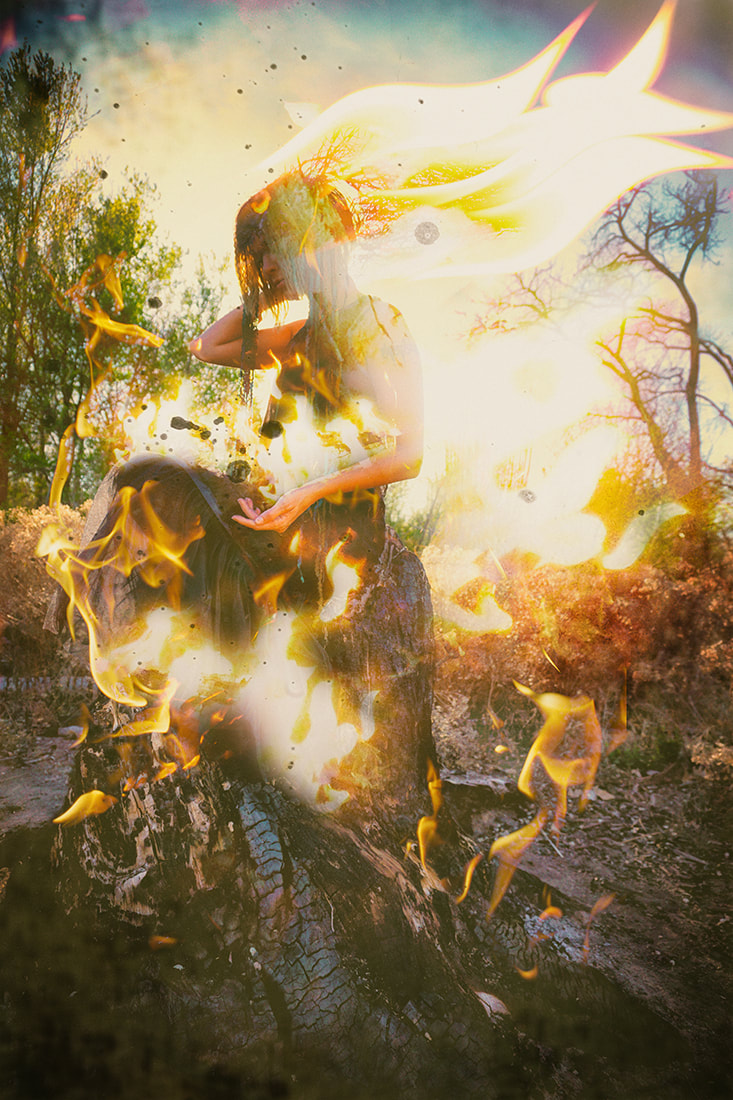 In light of recent protests surrounding an age-old problem, I have found myself compelled to start work on a new creative series. This is an ongoing series - more will be added as they are created. These images are meant to be simultaneously difficult to look at, because of the connotations of women burning - trial by fire - and the violence and pain that they represent, but, to me, they are also full of hope and beauty. I've made these portraits somewhat faceless, as they could be any one person, any woman, and crafted an image that looks old and distressed, like a forgotten snapshot that has weathered and withered away for years, forgotten. The point is to not forget these women, but to remember. To honor. To have hope for the women who continue on their paths into the future, and hope that the pathway burns brighter for those who are still here, lit by the stories of those who have passed before us.

Women face violence every day. Far too many women who have been abused by their partners have crossed my path. I know too many women who have suffered a fate worse – one of my first teachers, brutally murdered. A woman who I went to school with - burned in her car by an ex-boyfriend in a jealous rage.  These are the women who I can put a face to, their images burned in my memories. They will live on in my heart, though it is heartbreaking to read about the multitudes of missing or murdered women around the world, many of whom now exist mostly as part of the sad statistics – a faceless entity amongst the masses, the woman fading away into nothingness.

While the current protests in Turkey are actively opening more eyes to the problem, the issue of femicide is not one of a single nation, rather it is a pandemic. In Mexico, a country my home state shares an international border with, the rates of femicide, or "feminicido" in Spanish, are especially disturbing, with the border town Ciudad Juarez being notorious for the high number of women who go missing.

In my own city, the West Mesa murders are a close to home reminder of the violence towards women, with eleven women and a fetus buried in shallow graves along an arroyo on the edges of our city in the desert. Their murderer has never been found.

Approximately three women in the US are murdered by their current or former partner every day, according to FBI statistics. Young women, women of color, and transgender women are disproportionally represented in these numbers. Ten million people are affected by intimate partner violence every year in the US, and this year these numbers are even higher due to the increase of time at home together due to the pandemic.

Abused by current or ex partners. Left for dead. Burnt alive. Faceless. Forgotten.
One is too many. There should be no more.

These images serve as a reminder. We shall not forget those who have passed before us. We will honor these women. We will stand up and live on, for these women, for ourselves, for our daughters, for our future.

These women will not be forgotten, discarded like a faded snapshot, blowing out the window as we continue to drive down the highway. They will live on in our memories, burning brightly.